The Alliance of American Football season has recently started last February 10, 2019. During Orlando Apollos’ game versus the Memphis Express last February 23rd, the whole crowd of the Spectrum Stadium went wild at halftime. The audience at the game were in for a special treat.

The best part of the halftime show is when Gary Duke, Eurie’s owner, tosses a Frisbee disc at a distance of 83 yards from the end zone. Eurie hurriedly sprints after the disc at first, slows down as the frisbee slowed down as well, he makes his leap and makes the perfect catch! After successfully grabbing the Frisbee disc with his mouth, Eurie runs back to his proud owner.

Eurie’s unbelievable stunt drew a loud roar and applause from the crowd. The duo is claimed to have broken an impressive all-time record for the longest Frisbee catch according to the announcer at the Spectrum Stadium. Gary Duke, owner, and trainer of Eurie proudly commends his pet for his efforts. 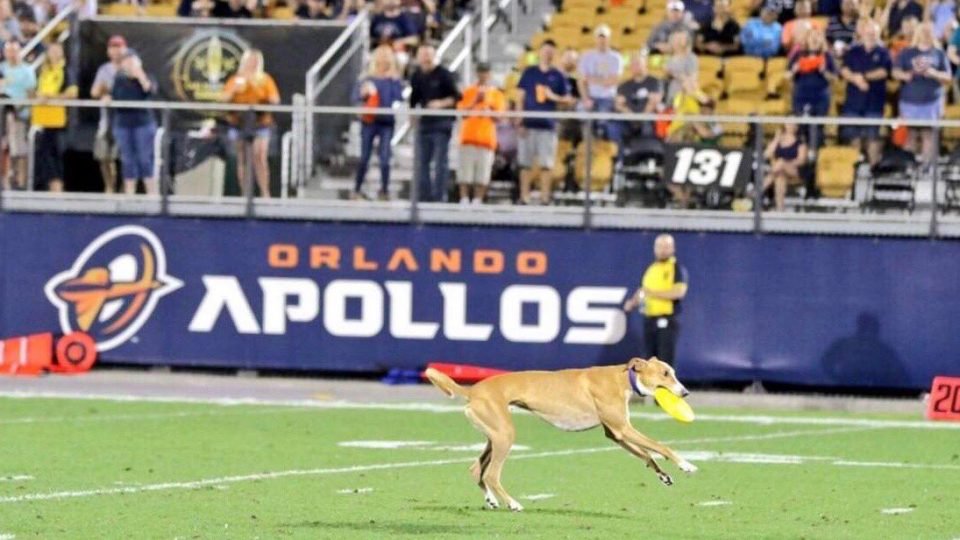 He tweeted, “Eurie did the hard work, and I just became a spectator like everybody else after I let it rip.” Eurie’s impressive skills were caught on cam and have been tweeted many times and had gone viral in under 48 hours, having more than a million views.

Duke is actually the head of the Central Florida Disc Dogs Club. Together with Eurie’s mom, Crystal McClaran, they train Eurie as part of the Halftime Dogs who perform in live sporting events, receiving the thunders of cheers and applause from their amazed audiences. Other than that, Eurie also competes in Disc Dog and Dock Dog events.

This dog broke a world record while catching an 83-yard frisbee toss. What a good doggo. pic.twitter.com/wiqVfpdmun

Thank you Fox News for sharing this story.

Sick as a … dog? Beware of canine flu

Newfoundland Dog Trained to Jump From Helicopters To Save Lives

Sick as a … dog? Beware of canine flu

Now, before you start worrying if you can pass the flu onto your canine companion-- or if you could catch it from your pet--...

Puppies Rescued from California Wildfires- 12 Ways to Keep Your Pet...

Newfoundland Dog Trained to Jump From Helicopters To Save Lives

7 Foods Humans Love that are Toxic for Your Dog!